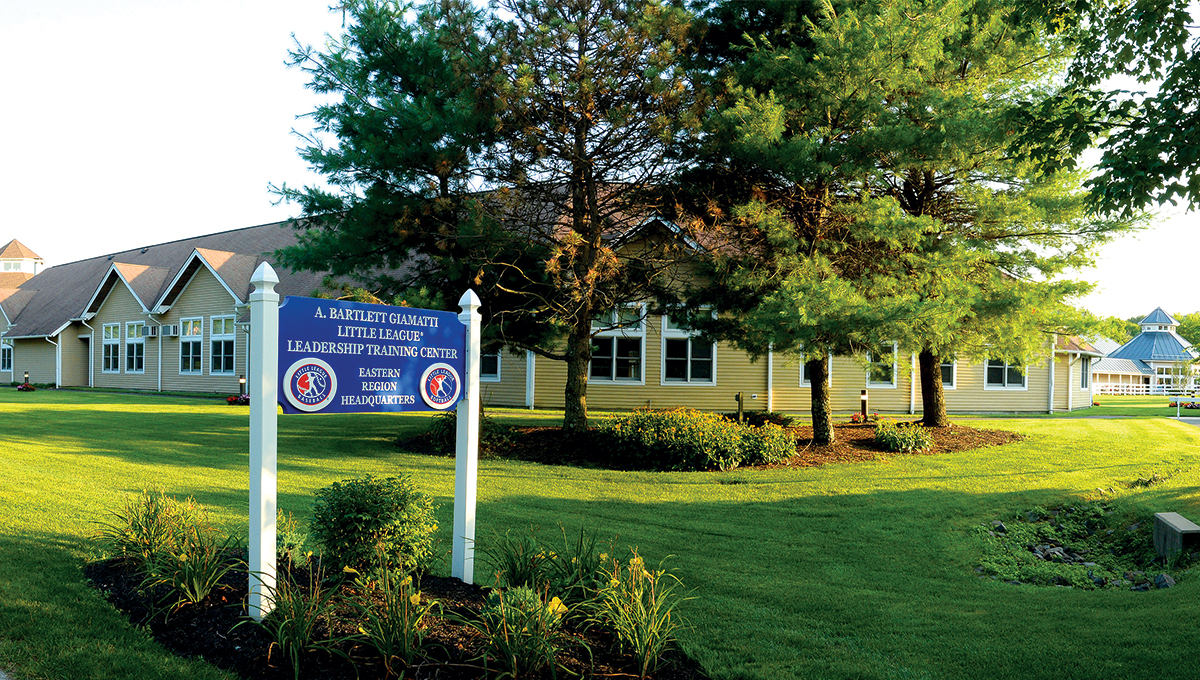 Get ready to catch baseball fever! A new City-wide promotional game is being launched Saturday to coincide with the East Region Little League Softball and Baseball Tournaments hosted at Bristolâ€™s A. Bartlett Giamatti Little League Leadership Center from July 25 through August 16, where nearly 450 participants/families will descend on the Bristol community from all over the North East and Mid-Atlantic.

â€œItâ€™s a big deal. The road to Williamsport begins in Bristol,â€ said Brand & Marketing Manager Mark Walerysiak Jr. â€œWe wanted to come up with a way that not only welcomed our incoming guests, but showcased our local offerings and provided an opportunity for everyone in our community to be swept up in the excitement of the games, and participate in the action.â€

The promotion titled â€˜Round Bristolâ€™s Basesâ€™ sponsored by DoubleTree by Hilton, is a flier that acts as a promotional game. There are four categories that correspond to each of the four bases. For instance, 1st base is labeled as Local Flavors, 2nd base as Ethnic Restaurants, 3rd base as Sweets, and home plate as Museums. Each category lists several corresponding local establishments, with each offering 15% off if you redeem the flier, and some offering special Little League themed menu items! To successfully â€˜Round Bristolâ€™s Basesâ€™ and be eligible to win prizes, one must visit at least one participating location from each category. 50 will be awarded prizes, which include Bristol All Heart toy baseballs, All Heart baseball style T-Shirts, and the grand prize of a free stay at the DoubleTree by Hilton and a family four-pack of season passes to Lake Compounce Theme Park.

â€œItâ€™s a fun way to get the community pumped about the games, plus a chance to showcase our local eateries and attractions,â€ said Walerysiak. â€œWe like that it works just as well for in-towners as well as those from out of town. We hope everyone plays!â€

The promotion runs for the duration of the Little League tournaments, from July 25 through August 16. Fliers will be distributed as inserts in the July 24 edition of the Bristol Observer, and are also available for pickup at participating eateries and locations (see attached flier), including at the Bristol Chamber of Commerce at 200 Main Street, in the lobby of Bristol City Hall, as well as at the Giamatti Little League Center.

â€œWeâ€™ve held a successful tournament for years now, and each year it seems to get even bigger,â€ said Don Soucy, East Region Director. â€œSo itâ€™s great to see the City coming onboard with this marketing effort to not only boost the tournamentâ€™s visibility, but ensure those visiting town are greeted in a special way that they will remember fondly. Plus, it provides an extra economic impact for the City of Bristol. Weâ€™re excited, itâ€™s a win-win all the way around.â€

So what are you waiting for? Get ready to Round Bristol Baseâ€™s! Starting July 25th. Disclaimer: Promotion valid only from 7.25 through 8.16, and cannot be combined with any other promotions. Flier must be initialized after purchase by staff at corresponding location and submitted to the Bristol Chamber of Commerce, or emailed to our statistician at cat@bristolallheart.com (details on flier).