Good news â€“ registration for the 2016 Spring season of the Forestville Little League is now open! If you happen to be a boy or girl born between the dates of May 1st 2003 and September 9th 2009, then you should go ask your parents to sign you up to participate in the 62nd year of one of Bristolâ€™s oldest little leagues. And for those of us who have missed the cutoff, perhaps you should consider volunteering. After all, the little league couldnâ€™t run a day without all the adult volunteers who are dedicated to its success.

On its website,  Forestville Little League explains that without volunteers, there is no little league! And you can ask Hank Lodge, Forestville Little Leagueâ€™s Volunteer of the Year, just how much of an impact one volunteer and their Heart can have on the entire organization. All you have to do is take a trip down to Daly Drive in Forestville to catch a glimpse of the leagueâ€™s new T-Ball and Instructional Baseball field being developed, and imagine all of the young kids who will discover their love for playing ball on that new field this upcoming season. You can thank Hank Lodge for all of that. Thatâ€™s exactly what the Forestville Little League had in mind when they honored Lodge as their Volunteer of the Year this past November. After all, Hank did put a great deal of time and Heart towards the success of this project when he helped raise $40,000 on its behalf. 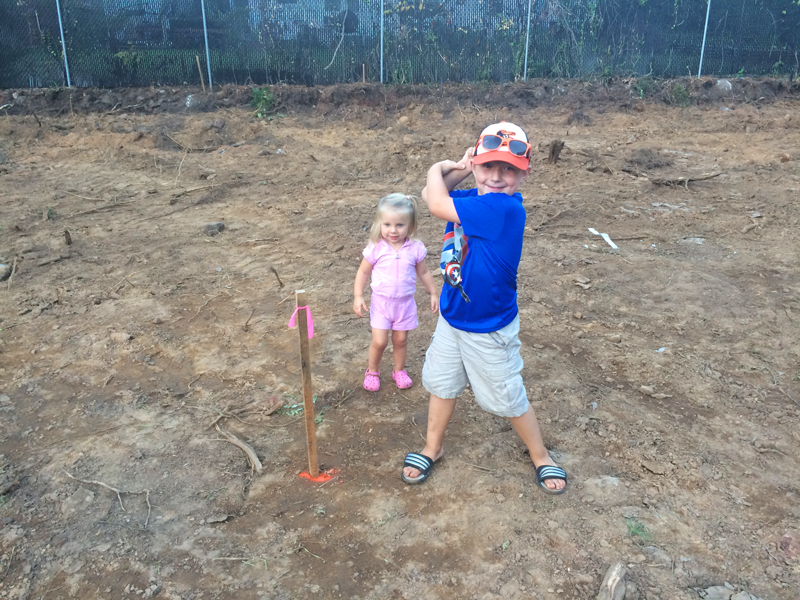 Its important to note that the award Hank received is only one of the positive outcomes of his dedication and selflessness. As Steve Joslyn, project manager for Forestville Little League, puts it: â€œWhile the award is a special merit, the lasting impressions he made on all of us within the Forestville Little League community will live on forever with the green grass and clay infield that is now present for hundreds of kids to make a lasting memory of their own for many generations to come. Forestville Little League could not have created this opportunity without Hankâ€™s drive, determination and uncanny ability to seek financial assistance from our very special friends, neighbors, businesses and family within the Bristol community.â€

This spring, so many young ball players in Bristol will benefit from Mr. Lodgeâ€™s tireless efforts to bring them a beautiful new field to play on. Its precisely why Hank Lodge received the Volunteer of the Year award from the Forestville Little League. This spirit of selflessness is what drives our city to grow and progress every day, and which sets such a wonderful example for our young people to live by. Weâ€™d like to thank Mr. Lodge for his dedication to making Bristol a better place. You can read more about his award here, and the Forestville Little League here.

How Forestville got a new $40k Ball Field. Hint. It took All Heart

Forestville Little League has recently finished the main construction phase of a new T-Ball and Instructional Field at its complex at Peck Park in the Forestville section of Bristol. The project came to fruition through opportunistic ideas and very generous members and businesses within the community who felt a desire to help create lasting memories for our local youth on a new baseball field. Forestville Little League is very proud of the accomplishments to date on this project, especially when the City of Bristol is looking to fulfill the need for more athletic fields for the community.

Over $40,000 has been raised through in-kind donations to make this project a reality. Our little league has experienced a rollercoaster ride the past few years, nearly disbanding in 2013 due to varied circumstances. However, in late 2013 a group of individuals who primarily make up the Board of Directors today, rallied together and saved the league from turmoil and have since made the league a shining example of what hard work can accomplish. It wasnâ€™t easy to save the league but since the momentous day in 2013 the league has seen a sense of prosperity.

Our membership has increased since then where we have approximately 240 kids playing baseball at our complex. We have started an annual Minors League tournament named after FLLâ€™s most well respected coach and member, Bob Watson. Tournament teams from the Central Connecticut region comprised of 8-11 year-olds compete for two weeks in late July for the coveted championship plaque at the complex. And lastly, as described previously, we have built a new field for our younger players to have a home field where our dedicated volunteer coaches can teach the local youth the great game of baseball. Not only do they learn fundamentals of the game, but they also make friendships that last outside of the team. Itâ€™s something truly special to witness.

This year, FLL has also started a Brick Fundraising campaign where a 100sq.ft. customized brick patio will be built surrounding an existing flagpole adjacent to Watson Field. This area will become a great seating area for our guests while creating lasting memories for past, present and future members of our league. Bristol is a great city with many passionate people who want the city to flourish. Our field project and the briskness of brick orders is a shining example of a community coming together to solve a problem with a defined solution while providing a long-lasting opportunity for our youth. This project is a realization that hard work, proper focus and a can-do attitude can be a success story. No matter how big or small the problem or issue is, there will be a resolution!

If you are interested in furthering the beautification of our new field, donations are still being accepted which will help fulfill additional landscaping and hardscape materials planned for the area. Donations may be made in-kind or through the Brick Fundraiser.

Please contact Steve Joslyn, Projects Director at 860.712.9074 or sjoslyn@gmail.com to learn more about fundraising opportunities. Information is also available on our website; www.forestvillell.org