â€œA group of talented community artist who are like stealthy cultural ninjas have joined forces to pepper the City with arts and culture and set the agenda on public arts projectsâ€ (taken from the art squadâ€™s mission statement). If you havenâ€™t already heard of this revolutionary artistic group, we are here to share with you exactly what this radical group of individuals are doing right under your nose! 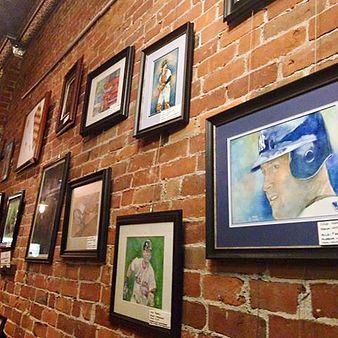 With the city now behind a marketing strategy that values the power of art and culture, Bristol has seen how the two go hand in hand in stimulating economic development, elevating Bristol, and sharing fun community inspired projects that highlight the All Heart community. Since May 2015, this group has done amazing projects, or as they call them, â€œOperations.â€ These include Operation: Storefront Art, Operation: Art to Fight Blight Day, Operation: Traffic Box and more! Throughout the past few months, this group of self-proclaimed â€œcultural ninjasâ€ has exploded onto the scene, adding pops of color around the city. The artwork of The Art Squad has benefited Bristol in many ways, from helping stores in sales, to highlighting the talents of local artists, by displaying their work on traffic boxes, helping to increase positivity and community morale. There is no stopping this group of brilliant individuals, who are determined to make their home positive, beautiful, and more centered around the arts.

The Bristol CT Art Squad has done it again, ringing in the new year with some culturally stimulating projects! Now partnering with community assets, Barley Vine, the Ingraham House, The Tax Office LLC, Hand to Hand Ministries, and The Studio, The Art Squad and now Junior Art Squad are taking the city by storm and have been working hard to continue inserting art into our everyday lives.

Ginger Grant of The Studio, located in the West End, and Art Squad Captain, partnered up with the owners of Barley Vine, Victor and Terry Lugo, at the beginning of 2016 to continue the Art Squadâ€™s push to get beautiful local artwork on display for all to see. The Lugo’s displayed Ginger’s work at Barley Vine a few years ago in partnership with Bare Bones. Although, Bare Bones has since disbanded, Ginger has kept an alliance with the Lugo’s to continue featuring the work of a monthly artist at Barley Vine. Through a partnership between Ginger and the Lugo’s, each month one talented local artist from the Art Squad will display their work inside the restaurant. Just one month in, and itâ€™s already a huge success! Januaryâ€™s artist, Nigel Wynter, adorned the walls with his incredible paintings, selling a piece the very first night his work was on display, and even received a commission from it as well.

On the 14th of January, Barley Vine hosted a meet and greet with Nigel, allowing guests of the restaurant to admire his work, while he hung out, met with patrons and answered questions about his pieces and involvement in the art squad. Friends of the artist, who may not have stopped into Barley Vine before, now had an incentive to check it out. With delicious food, drinks, great live music, open mics, trivia nights, game nights, paint nights and now Meet and Greet Bristol Artists, Barley Vine has truly gone above and beyond what it means to immerse itself in the community and support local talent!

For the month of February, Suzanne Godauâ€™s paintings are on display at Barley Vine. Stop in today for a bite to eat and check out her breathtaking work. This monthâ€™s meet and greet will be held on the February 18th from 6 pm until 8 pm. Barley Vine will be featuring the artwork of Cat Boyce in March, and Lisa Plihcik Corson in April. 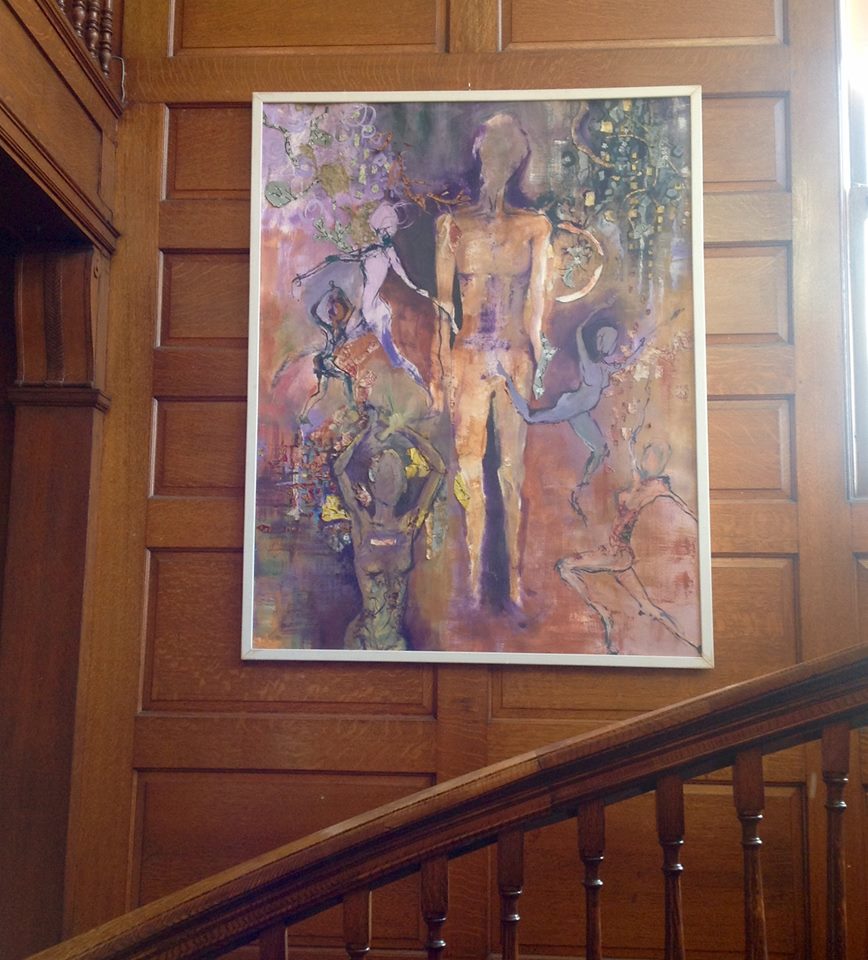 Not only has Barley Vine welcomed the Art Squad with open arms, so has the historic Ingraham House. Located in the heart of Federal Hill, The Ingraham House is known as New England music scene’s “best kept secret.” Their newest secret is about to be let out of the bag, however. This beautiful venue owned by the Gallagher family will also be featuring the work of talented artists every three months. Their first featured artist is Anna Mastroplo. Mastropolo has been involved with the Art Squad since their first project and currently teaches art at Central Connecticut State University. A gallery opening will be announced, as the date gets closer.

But wait, thereâ€™s more. In addition to the Art Squad partnering up with Barley Vine and The Ingraham House, the Squad is looking to expand featuring artists, as well as boosting community moral and participation through business partnerships. The first business in Operation: All Heart Art in Bristol Businesses, was adorned with artwork from the Squad. Carline Marinelli Woods, owner of the Tax Office LLC located at 1001 Farmington Ave, Suite 202 reached out to Ginger Grant to support the Art Squad and spruce up her office. As a result, Cat Boyce, another Art Squad captain, coordinated artists based on the space to make Woodsâ€™ idea a reality. 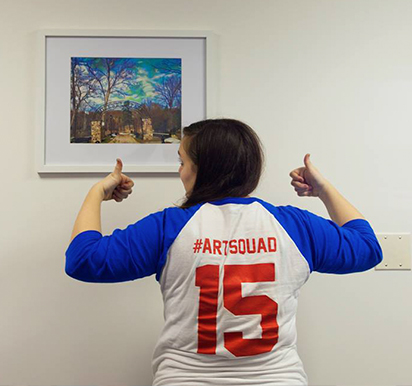 Six artist participated, Kaitrin Acuna, Cat Boyce, Gary Fortier, Tasha Fitzpatrick, Brooke Foti, and Nicole Horsman. Now, getting your taxes done has never been more colorful and inviting! All the artwork hung on the walls is for sale, so not only does it benefit the tax office and promote the art squad, but it also supports the hardworking artists.

Fortier, who has pastel drawings of Bristol in the main lobby, shared that he hopes he can continue to help the Art Squad add vibrancy and color for the community. â€œI am honored to be involved and hopes doors open for Bristol to shineâ€ Fortier added.

The Art Squad is currently working on a way to continue getting involved with businesses in Bristol while supporting their local artists.Ginger Grant herself also features artists throughout the year in The Studioâ€™s Storefront. The Studio itself is a direct result of the Art Squadâ€™s first â€œOperationâ€, Operation Storefront Art. Today, The Studio continues to grow, hosting paint nights, featured artists and offering a safe and creative place for people of all ages to come in and make art. 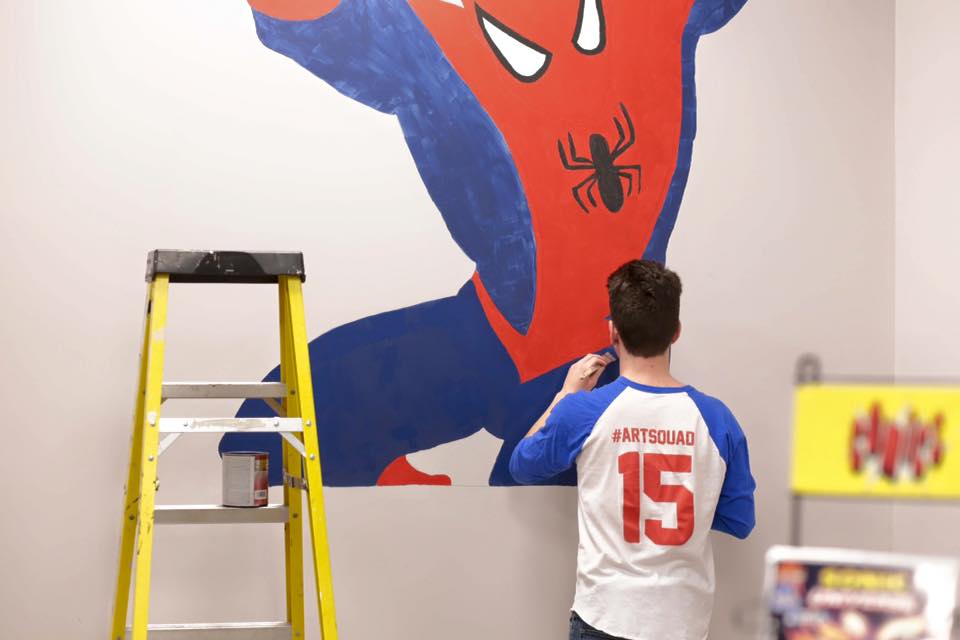 In addition, to the Art Squad showcasing their work in businesses, Evan Maguire finished his first mural! Industry Comics approached Maguire, a freshmen at Central Connecticut State University studying graphic design to add a pop of color to their walls. As a result, Maguire painted a killer Spiderman mural (pictured to the left). And he’s not the only one painting businesses with color and heart!

The newly formed Junior Art Squad has started off strong, painting the windows of storefronts on West Street, helping to foster positivity in the West End. Shortly after the West End operation, the Junior Art Squad got together to paint another storefront in Bristol. Hand to Hand Direct Care Ministry, INC. a brand new non-profit organization working to help people in need with clothing, household items and furniture, partnered up with the Art Squad juniors! They painted the windows with bright colors to help set a tone of positivity for this new non-profit! Bristol is lucky to have teens who truly care about their community, and use their talents to make Bristol a beautiful and more positive place.

There is no telling what the Art Squad and Junior Art Squad will do next, but thatâ€™s the beauty of it! We love watching their creative minds work to help better our beloved city, and are excited for the future of the squads for 2016. The Art Squads help remind us truly how important it is to use our talents do good in the community and for others. Way to go Art Squad for being All HEART with your art!

Keep up to date with all of the awesome community players mentioned in this article: