For years, The Witch’s Dungeon Classic Movie Museum and the Bristol Historical Society have been screening some truly historic films through their series, “Hollywood At The Bijou.” This month, â€œHollywood At The Bijouâ€ has a truly iconic film on tap for the Bristol community! Presenting a Valentine-Vampire double feature including â€œDraculaâ€ (1931) starring Bela Lugosi and â€œDraculaâ€™s Daughterâ€ (1935) starring Gloria Holden, you wonâ€™t want to miss this. A perfect double feature for the “month of love” because despite â€œDraculaâ€ being considered a chilling â€œhorrorâ€ movie, it also was considered a romantic Valentine’s Day movie years ago! 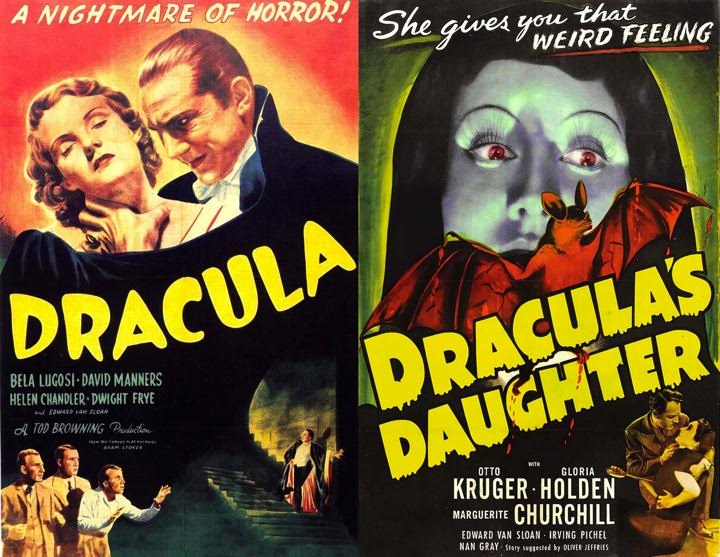 According to American Public Television, on Valentineâ€™s Day 1931, Universal Pictures released the film â€œDraculaâ€ starring Romanian-born Bela Lugosi. It not only was overnight stardom for Bela Lugos but it also was considered the first true horror movie. This iconic film and actor changed the world of horror films forever. Described as â€œalluring, mysterious, and sexyâ€ to this day no actor has come close to his portrayal of Dracula.

Cortlandt Hull, owner of The Original Witchâ€™s Dungeon Classic Movie Museum shared with Bristol All Heart that the 1931 â€œDraculaâ€ was not only just released on Valentineâ€™s Day, and an iconic horror film. It also was also billed as â€œthe strangest passion the world has even known,â€ making this classic a must-see historic film for this Valentineâ€™s Day! Hull’s museum has been open since 1966 and he has been a lead player in planning the â€œHollywood At The Bijouâ€ series. Hull will be bringing a life-size figure of Bela Lugosi as â€œCount Draculaâ€ to the screening. Make sure to bring your camera to take selfies and have your photo taken with the one and only â€œBela Lugosiâ€. It’s not every day you get a chance to take a photograph with a “Count Dracula” life size figure!

Teleport yourself to the 1930s to enjoy this weekend’s vampire-valentine double feature like no other! “Dracula” and “Dracula’s Daughter” will be screening three times this month (February 12th at 7 p.m., and February 13th at 1 p.m. and 7 p.m.) in their original format. Refreshments and popcorn will be served at the screening. The event is only $3 and all proceeds benefit the non-profit organizations “The Witch’s Dungeon Classic Movie Museum” and “The Bristol Historical Society”. For more information on this fun Valentine’s Day feature, check out our events page and or future events, check out The Bristol Historical Society’s events calendar.

For more information about the Bristol Historical Society, visit their website.

For more information about the Witch’s Dungeon Classic Movie Museum, visit their website.