Bristol Named One of the 2016 Best Communities for Music Education

“Bristolâ€™s Music Education Program Receives National Recognition Named a Best Community for Music â€“ Bristol has been honored with the Best Communities for Music Education designation from the NAMM Foundation for its outstanding commitment to music education. Bristol joins 476 districts across the country in receiving the prestigious award in 2016. 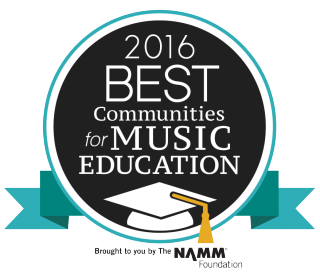 To qualify for the Best Communities designation, Bristol answered detailed questions about funding, graduation requirements, music class participation, instruction time, facilities, support for the music program, and community music-making programs. Responses were verified with school officials and reviewed by The Music Research Institute at the University of Kansas.

This award recognizes that Bristol Public Schools is leading the way with learning opportunities as outlined in the new federal education legislation, the Every Student Succeeds Act (ESSA). The legislation signed into law in December 2015, replaces No Child Left Behind Act (NCLB), which was often criticized for an overemphasis on testingâ€”while leaving behind subject such as music. ESSA recommends music and the arts as important elements of well-rounded education for all children.

â€œMusic has always played an important role in society and current research is supporting the cognitive and educational benefits in the lives of our students,â€ said Ken Bagley â€“ Citywide Coordinator for Music. â€œBeing designated as a Best Community for Music Education is deserved recognition for the continued support we receive from the city of Bristol and the dedication and professionalism of a fantastic music staff.â€

The NAMM Foundationâ€™s Best Communities for Music Education Award and the implementation of the federal ESSA law bring attention to the importance of keeping music education part of the schoolâ€™s core education for all students. It also highlights musicâ€™s vital role in studentsâ€™ overall success in school Community music programs 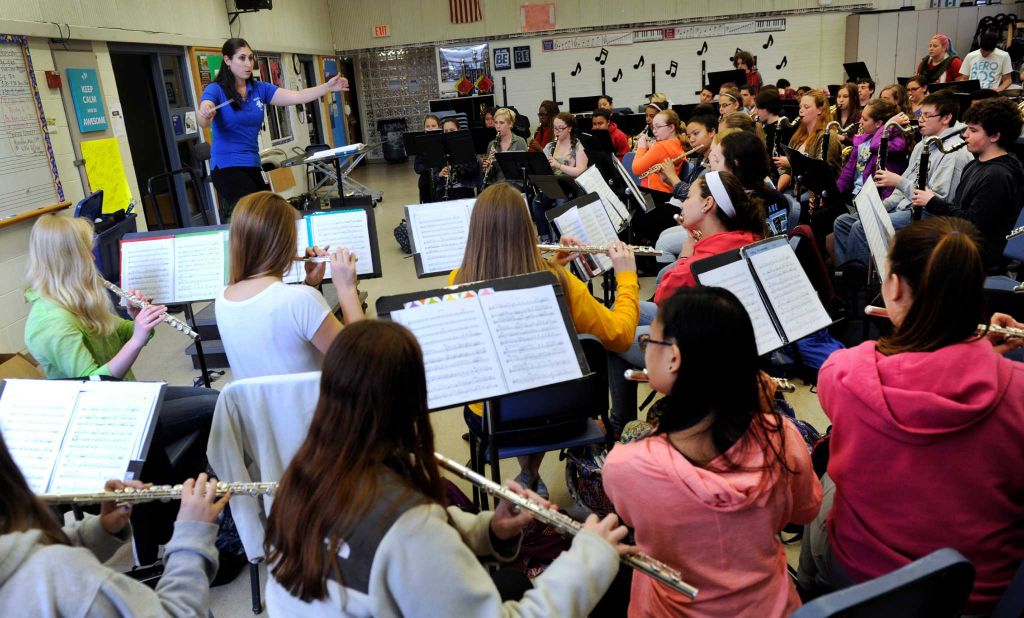 The NAMM Foundationâ€™s Best Communities for Music Education Award and the implementation of the federal ESSA law bring attention to the importance of keeping music education part of the schoolâ€™s core education for all students. It also highlights musicâ€™s vital role in studentsâ€™ overall success in school Community music programs

It also highlights musicâ€™s vital role in studentsâ€™ overall success in school Community music programs have been drawing increased attention because of a landmark study by Northwestern University brain scientists. These researchers found new links between students in community music programs and academic success in subjects such as reading. Beyond the Northwestern study, other reports indicate that learning to play music can boost academic and social skills, such as processing math and learning to cooperate in group settings.

A 2015 study, â€œStriking A Chordâ€ supported by the NAMM Foundation, also outlines the overwhelming desire by teachers and parents for music education opportunities for all children as part of the school curriculum.”

Submitted by Ken Bagley, top photo by The Observer & bottom photo by CTPost

In the Bristol Public School’s Spotlight on Education, Bagley also shared â€œItâ€™s very exciting. Weâ€™ve got a great bunch of teachers that are very dedicated to what they do and to improve upon what they do. Itâ€™s nice to get that recognition for what weâ€™re trying to do here for the kids and for all their hard work.â€ In Bristol, music is an option for students in grades K-12.

Not only do Bristol’s Bands and Choral groups perform concerts, march in parades, and perform for the community but students are also given the opportunity to audition for All-State and Regional bands and choirs. Here are some outstanding musicians accomplishments:

Congratulations Bristol Public School’s Music Program! Thank you to all who make the music education program in Bristol what it is today. Keep playing, singing, and uplifting our schools and community with your talents!