Uniquely Bristol: Great Beer Is Just Part of the Story at the Firefly Hollow Brewery 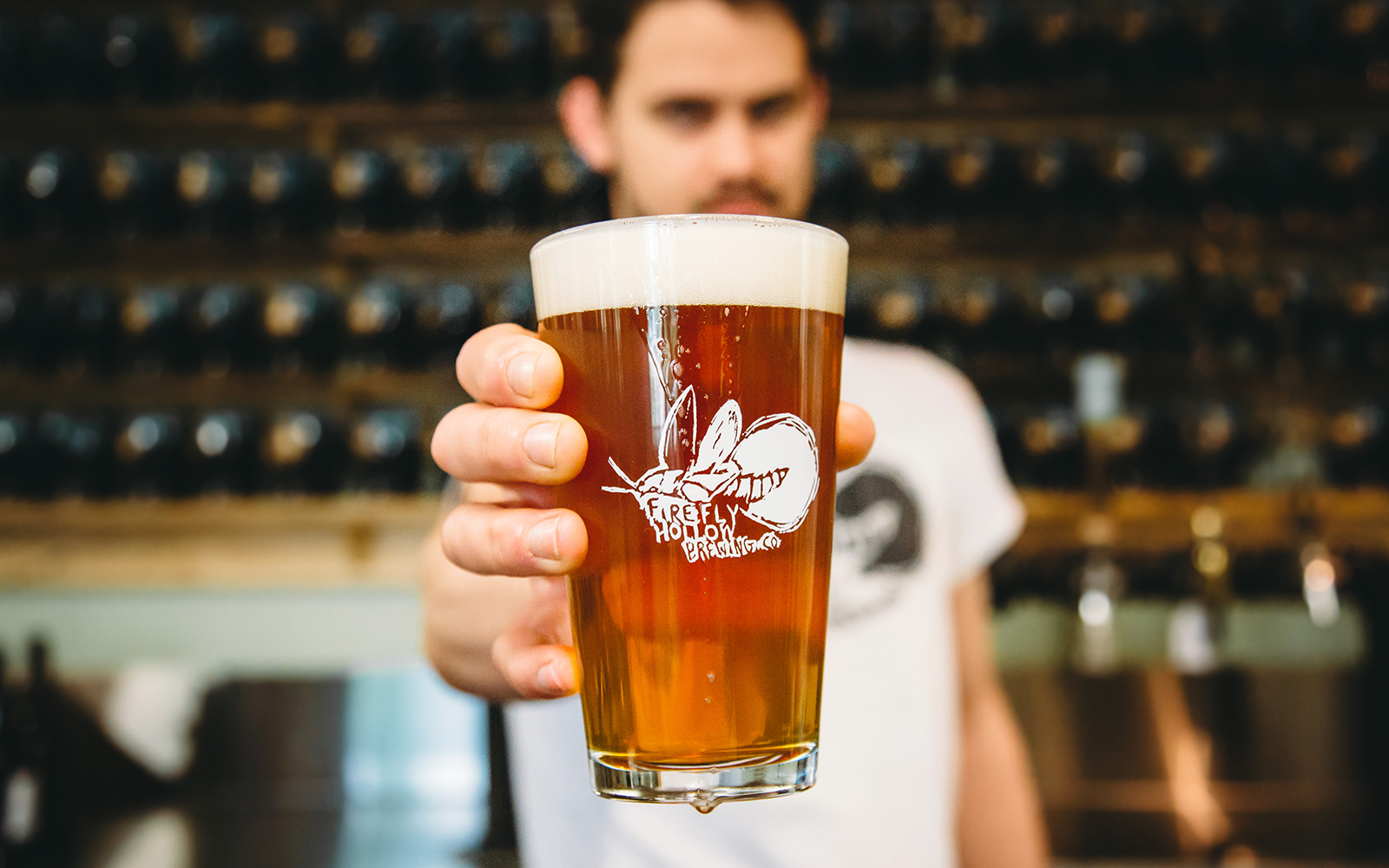 Some may not have seen the potential of the empty factory space in downtown Bristol not that long ago. Dana Bourque saw the City’s first brewery and a place he could call his own.

Bourque is a young entrepreneur and until 2013 had absolutely no ties to Bristol. He knew at a young age that he wanted to spend his life’s passion in the brewing industry.  After studying Nutritional Science at the University of Connecticut, Dana began working at the Thomas Hooker Brewery in Bloomfield as an entry level craftsman.  The new position interested him so much he decided to join the American Brewers Guild to learn more and receive more training.

In 2011, Bourque began honing his skills full time at a microbrewery in East Hartford but knew he wanted to create a different kind of establishment for enthusiasts to enjoy “craft” beer in a new way. Craft beer is one of the latest crazes.  The definition of craft beer is simply beer that is brewed or made locally, statewide or regionally.

Along with friends and now partners Rich Loomis and Bill Collins, the 29-year old Connecticut native began formulating his business plan and determining where would be the best place to locate his new business.

The partners had a clear view of what they were looking for. The location had to be in the central part of the state with multiple options for locating the new drinking/gathering concept. After months of research, the management team selected Bristol mainly due to the progressive philosophy towards business and the lack of direct competition.

“We knew that we wanted a pla 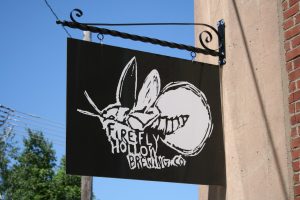 ce that had great potential with a central location,” says Bourque. “We began calling around all the municipalities in the state, and I heard about the effort to revitalize the downtown area of Bristol.  None of us had any real connections or knowledge of the City, but everyone we talked with seemed so excited about us starting there we decided that was the place for the Firefly.”

When you consider Bristol’s heritage of manufacturing and dedication to craftsmanship, Firefly Hollow and Bristol became a perfect combination.

The trio of partners were steadfast in believing they couldn’t just be another pub.  Research and experience told them that a quality product in a unique atmosphere would be the keys to their success.  The downtown gathering place’s success is proving them correct, and the timing couldn’t be better.

“I think folks in general are beginning to develop an appreciation for craft beer and all types of quality, handmade goods,” Bourque says. “I’d say a big part of the appeal of craft beer – particularly local craft beer – is having a connection to the product. I like to believe that folks put a lot of value into being able to see where the product is made and strike up a conversation with the folks involved in the process. It turns what is otherwise a faceless product into something that ties parts of the community together.”

This is not like any other watering hole in the region.  There are no televisions – just music. Bourque and his cohorts took a neglected warehouse space at 139 Center Street and transformed it into one of the trendiest successes downtown.

One of the many things Firefly does well is creating an unforgettable experience for its customers. The owners believe food should be an experience – something you share with friends and family. At Firefly, they believe that the beer they create will help to not only further the consumer’s creative journey but it also propels them down the road to happiness. Their slogan “Get Lit” is a testament to spreading their inspiration, because it takes more than one Firefly to enlighten the world. They have created a place where beer enthusiasts can exchange ideas and share a common experience.

Just walking in, you know this is someplace special.  Firefly encourages beer-goers to bring their own snacks, although this 1,600 square-foot pub typically serves local Harvest Bakery pretzels baked daily available on a first come, first serve basis. The hot spot collaborates with local food trucks to satisfy many various preferences as different trucks are highlighted during different monthly events.  Owners and staff truly want their patrons to enjoy the best beer of their life in a one of a kind location.

As far as the beer goes, it couldn’t get much fresher. The brewmasters only use hops grown in the United States, which lends itself to a more fruity or citrus taste.  As with most craft beers, Firefly Hollow beers often have a stronger alcohol content. The large vats are run by four full-time employees and supported by seven part-time employees.  The brewing process can take anywhere from 10-21 days depending on the formula and season.  The beer offering changes constantly.

Right now, the menu is loaded with seasonal brews that include two red, two amber, two black, one light and one India Pale Ale (IPA) concoctions. A Firefly favorite is Toadstool Oat Stout, that you can get year-round to satisfy your beer taste buds. Fire Water Rye, Cone Flakes IPA, Neutrino Pale Ale, Imperial Choconaut Porter and Secret Ingredient Stout are all crowd pleasers on tap. Purchase a Growler (2 liter jug, four 16oz pints) or a Squealer (1 liter jug, two 16oz pints) to take home to enjoy at your leisure. When purchasing your first Growler or Squealer for off-site consumption, they charge $5 for their glassware jugs. Bring the jug back with you the next time to be refilled with fresh beer.

Firefly Hollow has built their business through social media and grass roots marketing. They are only open from Thursday through Sunday.

Due to the popularity and growing demand, a new bottling and canning operation is underway as the company distributes some of its most popular brews. Firefly Hollow Brewing Co. is also rotated through many local establishments including Wood “N” Tap, Olive Bar, Confetti, Barcelona, J Timothy and more.

“We are so appreciative of how we have been welcomed by the community, and all of us are really excited about the future,” Bourque explains.  “There is now what they call ‘Beer Tourism’ where people plan their free time and vacations sampling outstanding local and regional beers.”

The friends and partners are not sitting still on their success.  Plans are calling for expanding the 200-person pub to include new equipment, tanks and more space. Firefly Hollow is open 2 P.M. to 9 P.M. Thursday and Friday, 12 P.M. to 9 P.M. Saturday and 12 P.M. to 5 P.M. on Sunday.  To learn more, you can go to their website at www.Fireflyhollowbrewing.com

Mark Thomas is the Marketing and Public Relations Specialist for the Bristol Development Authority. The Bristol Development Authority (BDA) works to improve the physical, economic, and social environment of the Bristol community by serving as the primary governmental organization dedicated to promoting commercial development, to preserving and improving the City’s housing stock, and to securing and administering the resources required to carry out these goals. The BDA is overseen by an appointed nine-member Board of Commissioners which governs economic and community development policies for the City.