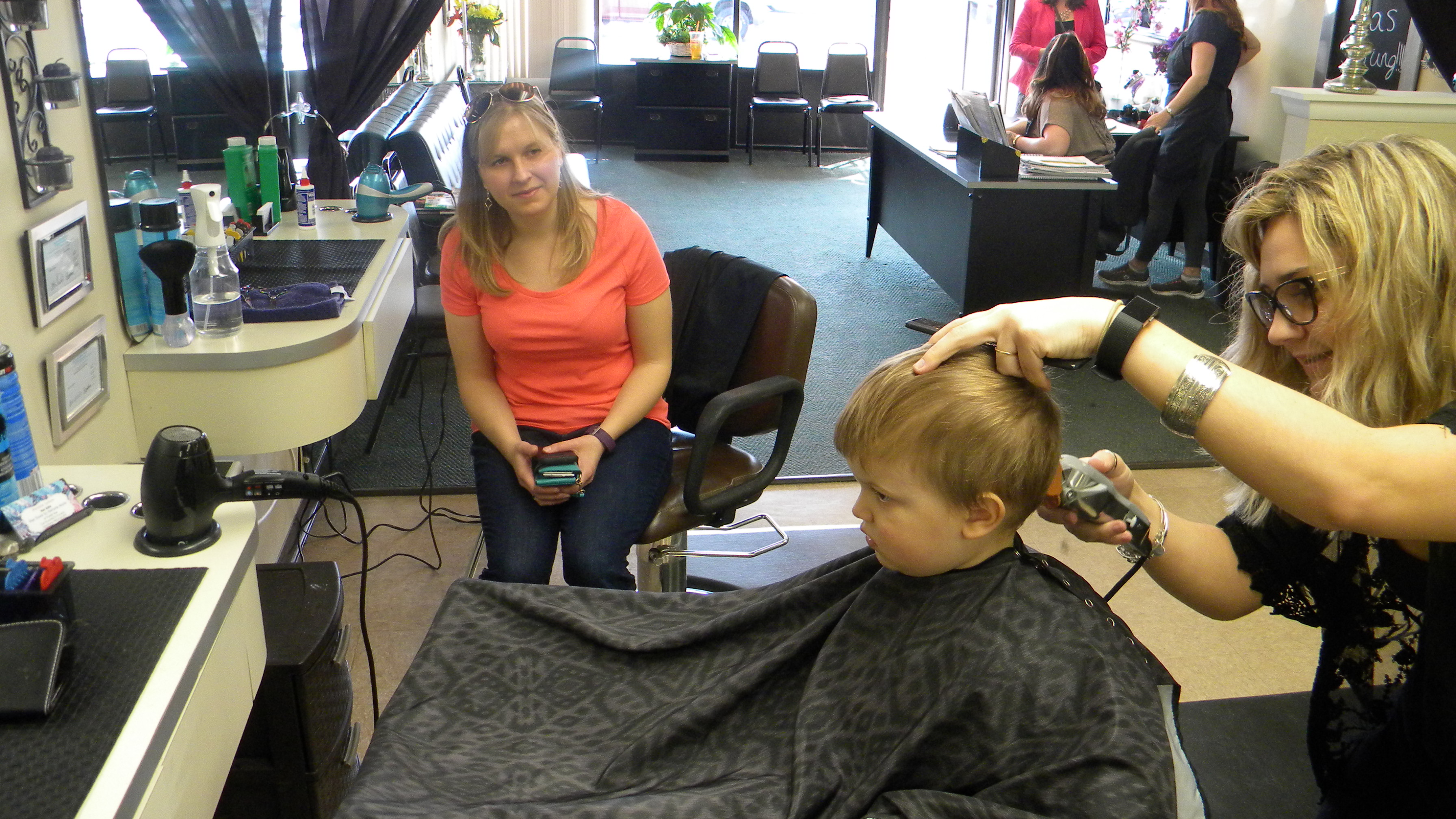 Imagine dedicating yourself and working at company for almost 30 years and then waking up to a text…yes…a text from the owner that says “It is with deep sorrow our business will be closing, effectively immediately. You have every right to seek unemployment benefits. Please respect our privacy.”

This isn’t really a good way to start any day.  It certainly wasn’t for Darlene Wilson who was the manager and a stylist at Family Haircut on Route 6 in Bristol.  The scenario was not just isolated to the Bristol location. Owned by The Image Company, Family Haircut had three other locations that shut down the same day, the same way in the Hartford area.

“At first, I thought it was a joke. But then, reality set in.  I texted both the owners several times and received no answer. That’s when the panic set in,” said Wilson. “The next day I didn’t know what to do so I contacted the other girls and explained the situation. We hadn’t even received our last paycheck. We still haven’t heard from the owners.”

The text came in on one of the coldest days in February and losing your job on any day is just rough.  They all loved their jobs and enjoyed working with each other.  Almost all of them had over a decade of working together so naturally they became close.  After tears were shed and several options were discussed, the clan decided to ban together and begin their own business.  Opening up any business is a daunting task and being forced to do it after such a shock just added to the pressure.

Since Wilson was the manager, she took the lead and began searching for locations.  After several weeks, she finally located the perfect place – 895 Farmington Ave, less than a mile from their old location.  The 1,200 square-foot shop in the Rivers Plaza was previously the home of Trendz Salon.  Trendz, a salon similar to Family Haircut had been forced to relocate after a fire in an adjoining store in the strip mall. 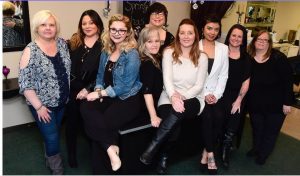 Finding the right location was just the first hurdle.  The next task then became renovating the space and turning it into the salon all the professional stylists wanted to call theirs.  Just as when they received the bad news, they banded together by grabbing paintbrushes, mops, brooms and everything else they needed to get the area suitable and ready for business.

“It was horrible what happened. We wanted to stay together,” said hair stylist Lynda Belanger, adding that everyone was encouraged by all of the local support they received from their past customers and other community salons. “It would have been hard enough to lose our jobs, but even harder to lose each other. The people of Bristol have really kept us going.”

So far, operating the salon as a group has been business as usual.  The stylists have been contacted and patronized by their former customers that are relieved to find they can retain their favorite stylists. Besides “word of mouth” exposure, the new company is also using modern techniques as Facebook and other social media channels to attract new customers.  Because these ladies were very well-known and had deep roots in the city, they have been working the local blog sites to spread the word about a new place to get a new “do.”

Like most salons, the stylists will “rent” chairs from Wilson who has continued to take the lead and supervise the opening and launch. This is a unisex salon for all ages that features a wide portfolio of services from waxing to perms and “updos” to hair coloring and keratine smoothing.

Salon hours will remain the same as the staff and loyal customers were accustomed to.  Family Hair is open Monday-Friday, 9 a.m. to 8 p.m., and Saturday-Sunday, 9 a.m. to 3 p.m.

Earlier this month, all the inspections were completed so the official Grand Opening will be May 19th.  All the women are confident that the day they have their grand opening will be very different from the cold day they received the text that would change their future.

Mark Thomas is the Marketing and Public Relations Specialist for the Bristol Development Authority. The Bristol Development Authority (BDA) works to improve the physical, economic, and social environment of the Bristol community by serving as the primary governmental organization dedicated to promoting commercial development, to preserving and improving the City’s housing stock, and to securing and administering the resources required to carry out these goals. The BDA is overseen by an appointed nine-member Board of Commissioners which governs economic and community development policies for the City.