The All Heart City Working for the Future 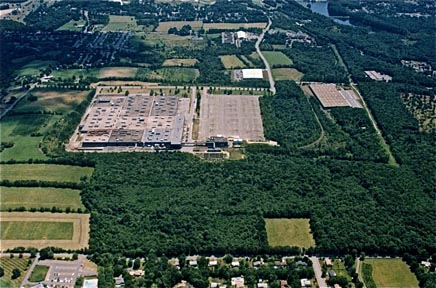 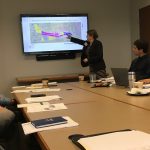 With the heat rising as it always does this time of year, the grass is starting to turn.  But a “brownfield” is not a poorly maintained lawn or field. It is an issue that the City works on year round.A brownfield is a parcel of land, with or without a building on it, that has been contaminated with toxic waste. That waste can range from petroleum products, such as oil or gasoline that has leaked from underground storage tanks; to lead, asbestos, and arsenic in building materials; and industrial residues such as hexavalent chromium and polychlorinated biphenyls – more commonly known as “PCBs.”

Some of the toxic materials can be dangerous to the public health, especially if they get into the ground water, and that is one reason municipalities strive to clean up these properties. Unlike a tanker spill, however, brownfields usually do not pose immediate threats to humans. One of the biggest reasons to clean a brownfield is to position the parcel for a higher use, potentially generating taxes and bringing jobs where none had been for decades, and restoring a vacant or underutilized property for the benefit of the community. Depending on who owns the property and the nature of the contamination, the CT Department of Energy and Environmental Protection (DEEP) will be involved and possibly the U.S. Environmental Protection Agency (EPA).There are many phases of assessment that must take place in order to determine the scope and nature of the problem, and to make a plan for remediation. Fortunately, the State of Connecticut has been at the forefront of funding brownfield programs, and Bristol has been successful obtaining grant awards for both assessment and remediation from the Department of Economic and Community Development (DECD). When making a case for funding from DECD, the key discussion is the future use of the parcel, the tax benefits to be derived, and the number of people that are projected to be employed on the site once it has been remediated. For example, let’s look at the site that the City is working on at 894 Middle Street.

Eight-ninety four Middle Street is composed of 17 acres of empty, overgrown land. From about 1955 to 1990, metal recycling was done on this site. The scrap metals included oil-filled capacitors and transformers. There were three major handling areas: receiving, storage, and a burn pit. It is possible to find various types of debris on the site now, leftovers from the recycling operation that include electrical insulators, ceramic pieces, metals, brick, and copper wire. The site presents some challenges in addition to the PCBs and heavy metal contamination: Eversource owns a right-of-way cutting through the parcel in the back section, isolating approximately four acres from the bulk of the property. There are two branches of the Eight Mile River on the parcel, creating wetlands that must be considered by any developer – as well as the contractor performing the clean-up.

Fortunately, the City received a grant of $1,338,509.00 for the clean-up from DECD, and we’ll be going out to bid for a contractor this summer. Most of the contaminants are fairly close to the surface, but bec 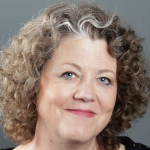 ause the soil contains PCBs, it must be trucked out of state to an EPA-approved disposal facility. This piece of land is one of the last large sites for development remaining in Bristol. Sitting near the major roads of  I-84 and CT-72 at the entrance to Lake Compounce, and directly across from ESPN on Rt. 229, it should be a very attractive place for some smart developer to build his or her dream project.

Dr. Dawn Leger is the Grants Administrator for the City of Bristol. She manages the Brownfields program for the City, which includes filing funding applications and making reports to state and federal agencies, tracking projects and supervising the work of the consulting Licensed Environmental Professionals hired for each site, and working with economic development officials to determine the future best use of the parcels.