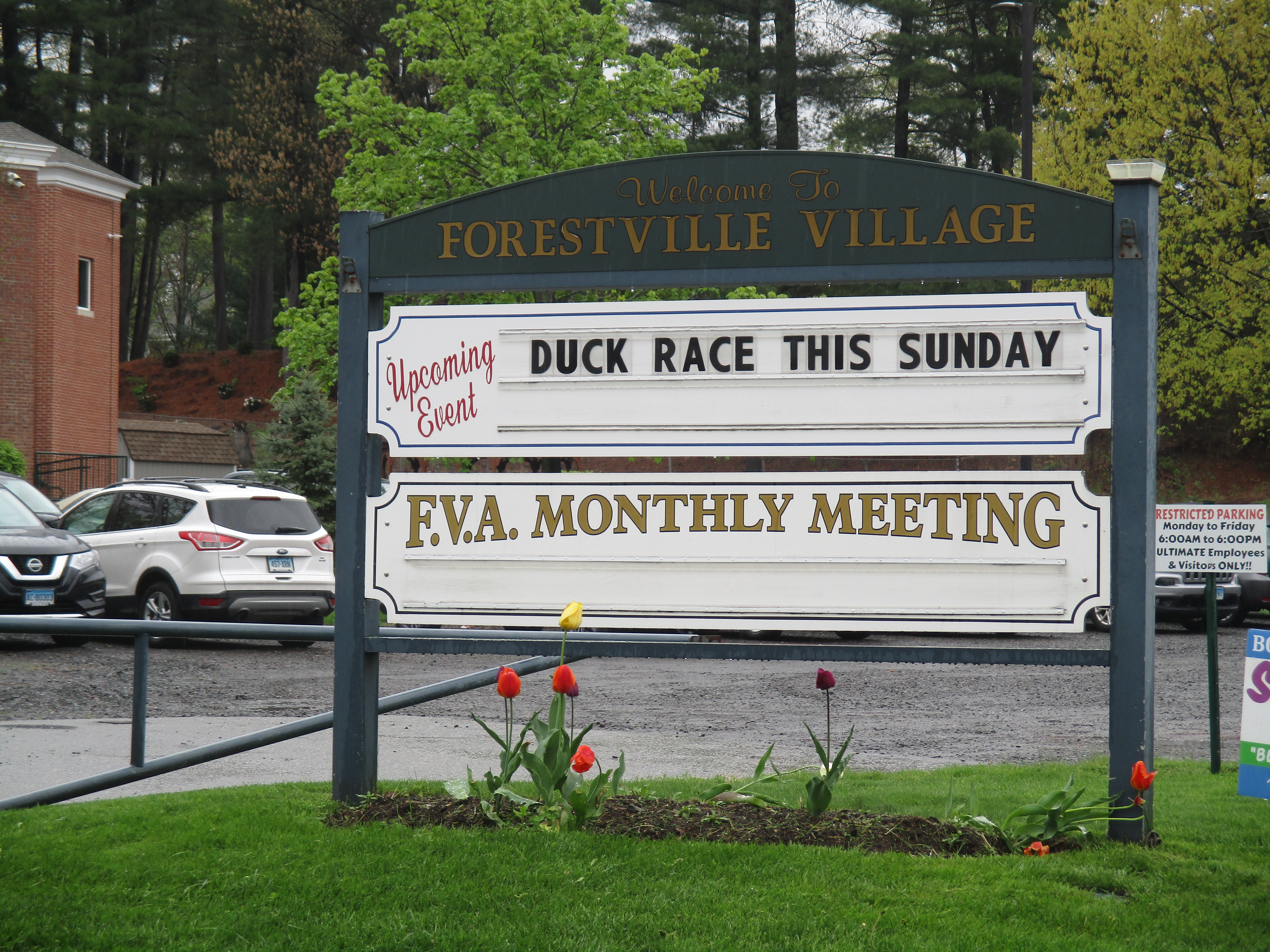 The Forestville Village Association, Inc. is a community-minded neighborhood organization consisting of business leaders and residents interested the Forestville section of Bristol. Since 2002, the Association has been actively involved in and promoting Forestville to enhance the architectural and cultural character of Forestville, its quality of life, and commerce in the community.

The vision of the Forestville Village Association, Inc. is to encourage community business leaders and residents to become active participants in the village. Their goal is to promote village-based events and support efforts to maintain the natural and architectural beauty of the village.

A Tight-Knit and Big-Hearted Village Vibe
Forestville is a village within a city, a historic section of Bristol right off the route 72 extension. Forestville offers a quaint village center with a picturesque restored rail station and legendary establishments like Nuchie’s restaurant and banquet space offering exceptional service that will leave a lasting impression or the Oasis Restaurant, with Greek-style fare, it’s a great place for family get togethers.

Many well-established yearly events take place in Forestville: The annual Duck Race, presented by the Bristol Chamber of Commerce, brings many people to Forestville the first Sunday in May every year for a fun-filled day of shopping, dining, and watching the thousands of ducks cross the finish line at the Pequabuck River bridge. The American Legion Post #209 of Forestville Village hosts the annual Memorial Day Parade each year at the restored Railroad Station. Every Veteran’s Day a special program is held at the Forestville Honor Roll in Quinlan Park to honor the many local Veterans who served our country and called Forestville their home. In December to celebrate the beginning of the holiday season, Nuchie’s hosts the annual Carol Sing, where many local residents gather to greet Santa Claus, sing carols, and enjoy each other’s company.

In addition to raising awareness about the great community that Forestville Village is, the Association provides scholarships to deserving high school students who attend one of the three high schools in Bristol: Bristol Eastern, Bristol Central, and St. Paul Catholic High School. Awarded annually to a student who lives in or has a family/job connection to Forestville. Although a connection is not mandatory to win this scholarship, it is preferred. This scholarship is presented to a graduating senior from one of the three high schools who will be continuing his or her education at a two or four year college.

From the smell of brick oven pizza at San Gennaro’s, to the popular Pequabuck River Duck Race event, to the iconic landmark of Nuchie’s Restaurant, your visit to Forestville will allow you to dive into the culture of big hearts and village living.

Members of the Forestville Village Association are community spirited individuals who genuinely care for our Village. We encourage all with similar interests to join us in making Forestville an even better place to live and work.

To become a business member and supporter or to join the Forestville Village Association, visit their website at: www.fvact.org or contact Dave Pasqualicchio at fvact2002@gmail.com. Monthly meetings are held at Nuchie’s every third Wednesday of the month.