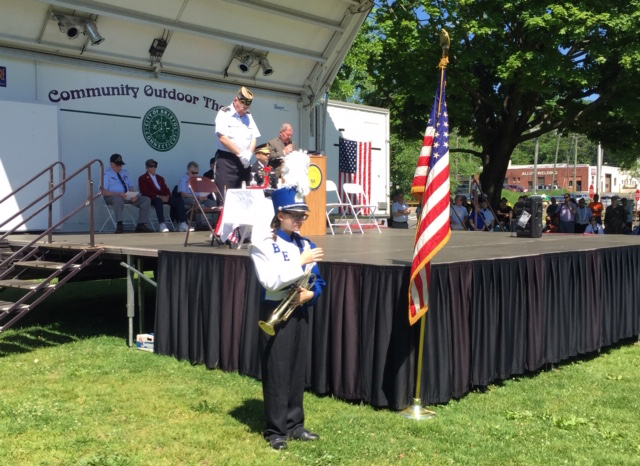 On Sunday, May 26, 2019, a patriotic concert was held at Memorial Boulevard which featured music from the Revolutionary War era to the Vietnam War era to kick off the Memorial Day celebration to honor Bristol’s brave. Also on Sunday, Forestville hosted the annual Memorial Day parade which featured Bristol Central High School marching band, the Bristol Police and Fire Departments along with many youth groups. Bristol firefighters assisted with laying a wreath at the Veteran’s Memorial on the Forestville green to honor those that gave their lives for our country.

On Monday, May 27, 2019, the official day for celebrating Memorial Day, a ceremony was held to honor those who served our country. The Veterans Council and the American Legion Post 2 in partnership with the City of Bristol and Veterans Strong hosted a processional beginning at Hope Street and processing on to Main Street then down the Boulevard where over 20 Veterans were honored and presented with All Heart Awards by the Mayor. Many local officials and Bristol citizens attended the event to recognize the Veterans from Bristol who served in the U.S. Army, U.S. Navy, U.S. Marines, and the U.S. Coast Guard.

Memorial Boulevard road stretches from Downes Street to Main Street and is 100 feet wide. On one side of the road stand memorials to the Revolutionary War, the Civil War, World War II, The Korean War and The Vietnam War, bearing the names of local soldiers who died during those wars. On the other side of the road are memorials to conflicts honoring Bristol soldiers who did not die but are still recognized for their service. The largest monument, dedicated to World War I, is in the middle of the road.