Made in Bristol: Never Pass Up An Opportunity 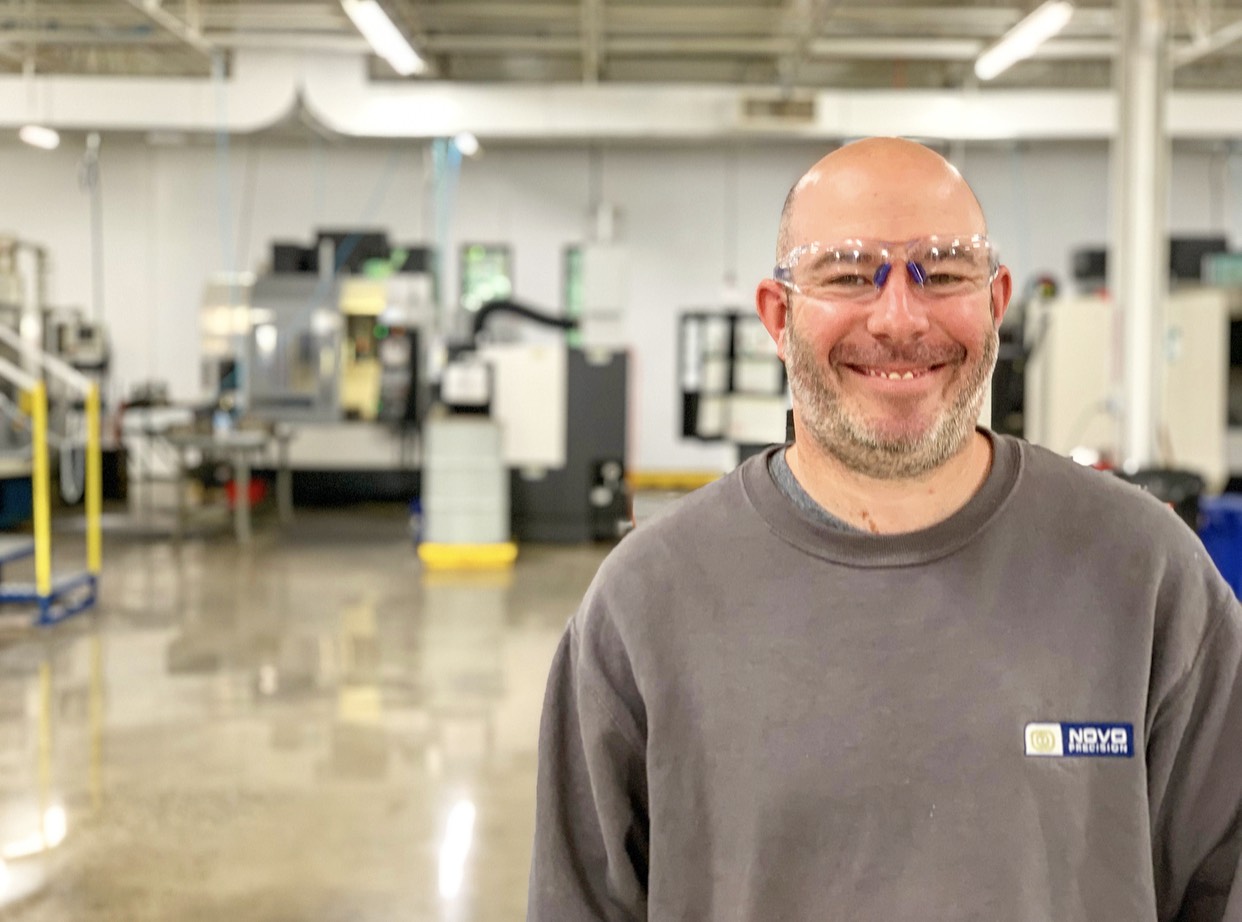 Justin Root, unemployed for two years after working as a landscaper, is married with one daughter and another on the way. Justin says he was looking for a more stable career.

“At that time, it was very hard to find a new job in Bristol. It was tough, but eventually all for good luck and opportunity, I fell into this,” Justin says.

That’s where Novo Precision, producer of wire products in Bristol, comes into play. Justin says his neighbor’s mother happened to work at Novo and set him up with an interview. Starting at Novo was a rewarding 40-hour work week with the occasional opportunity to do overtime. However, that did not come without some challenges, especially bouncing between first and second shift with his second daughter having just been born.

“It was challenging trying to figure out hours. When I first started, the hours were not good for having children in school. But, luckily, I have a good family, and my parents helped out a lot,” Justin stated.

While navigating these bumps in the road, Justin used every opportunity to learn as much as possible.

“When I first started, I started with inspection, just learning the finer details of using my parameters and different testing instruments I had never used. I paid close attention to the people who were teaching me,” Justin says.

One of his teachers is Dave Camera, Plant Manager and Vice President of Quality Control at Novo. Dave says Justin is his right-hand man.

“Everything from picking up a load of boxes and taking it out to the dumpster to keeping the assembly line running, we’ve trained him over the years,” Camera says.

After paying close attention to his mentors, Justin quickly “climbed the ladder.” Only six years later, Justin was promoted to a management position, something he says anyone with grit can achieve.

“Through hard work, you can rise up in manufacturing,” Justin tells those that may be thinking of pursuing a career in the manufacturing industry.

Currently Team Lead of an Assembly Line at Novo, he says the day-to-day grind is the most challenging – yet rewarding – aspect of Novo’s career. For reference, Justin says he arrives to work at 4:45 am every morning, sometimes earlier. He says he motivates his team and sets everything up for a smooth workday.

Even though he described his leadership position as a challenge, Justin says, “There are always challenges. I don’t know if there’s a bad challenge. I take challenges as opportunities.”
If you’re interested in a new learning opportunity and are up for a challenge, a career in manufacturing might be for you.

Additionally, Dave Camera says Novo is currently expanding and continuing to offer employment opportunities despite the COVID-19 pandemic. At least five new employees have been hired during COVID-19, most with no experience in manufacturing. He says they are willing to train people who are interested in learning.

Bill Hazard, President of Novo Precision said, “What has allowed Justin to do very well is that he is always willing to take on any task that is asked of him and do it with enthusiasm. His progression in six years at Novo from entry level inspector to Material Handler to 2nd Shift Wireform Team Leader to Facility Maintenance to Kaizen Maintenance to leading the refurbishment of a brownfield 20,000 SF building that we purchased in 2018 to Team Leader on a launch of our now largest product line. We were fortunate to be able to leverage Justin’s can do attitude, handyman skillsets, and strong mechanical aptitude in many different ways.”

Bill goes on to say that Novo has grown and improved as a company and Justin continues playing a big role. We believe our people are our greatest asset in the resurging U.S. manufacturing industry and Justin has played a big role in the modernization and building of this business.