Back To Events
FREE 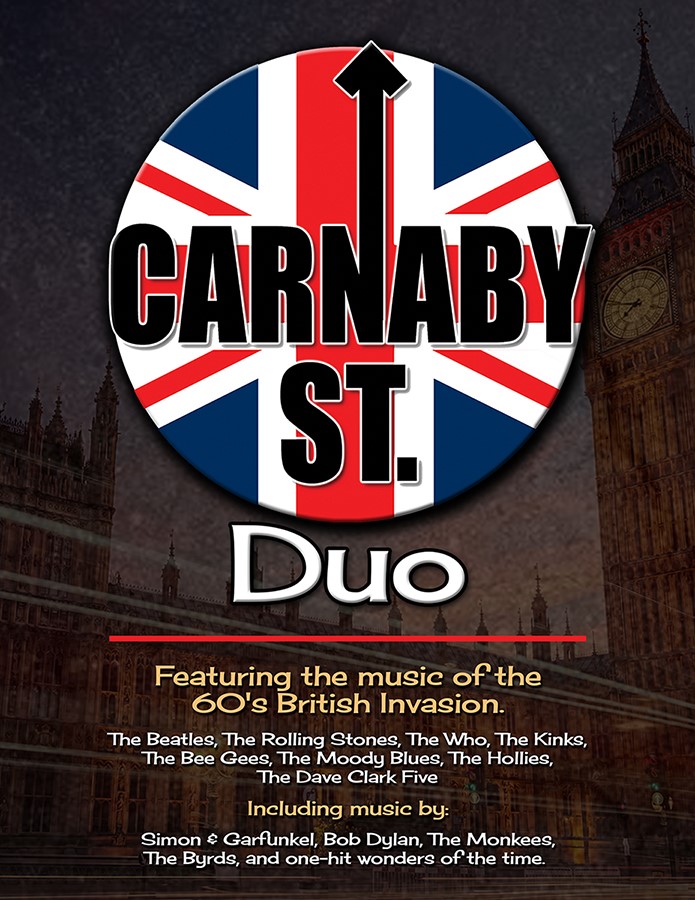 It’s a Special Sunday Coffee House February 12th starting at 2PM! CARNABY ST. features the music of the 60’s British Invasion along with various American artists, breathing new life into the songs that are fondly remembered as the cornerstones for popular music’s favorite era.

Enjoy music by The Beatles, The Rolling Stones, The Kinks, The Moody Blues, The Who, The Dave Clark Five, The Bee Gees, The Hollies to Simon and Garfunkel, Bob Dylan, The Monkees, The Byrds and One-hit-Wonders of the time.

Event hosted by and held at the Bristol Public Library, 5 High Street in Bristol