Up Above the Clouds to Die: The Kassel Mission of September 27, 1944 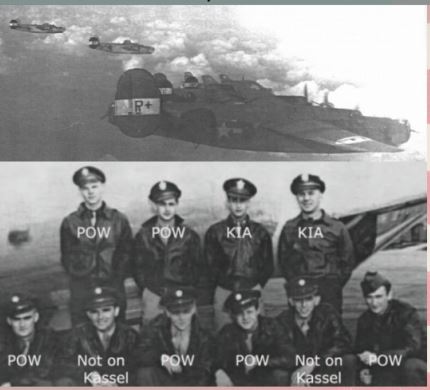 Up Above the Clouds to Die: The Kassel Mission of September 27, 1944
Wednesday, September 28 @ 6:30 PM
Bristol Public Library

…Thirty-five 445th Bomb Group B-24 Liberators and 336 men who make up their crews, suffered the greatest single-day loss to a group from one airfield in aviation warfare history, all within six minutes.

Twenty-five of the heavy bombers are downed inside of Germany’s borders; three crash land–two in France and one in Belgium; two make forced landings at an emergency field in England; and another crashes after it makes it home but is waved off to try again. All tolled, only four B-24s of the original thirty-five return safely to base at Tibenham.

117 airmen of the Mighty Eighth’s 445th are killed in action, 121 are taken prisoner, and only 98 are returned to duty.
–Kassel Mission Historical Society

No charge. Followed by book signing.

Your Phone
860.584.7787
Your Email Address
bristollibrary@bristolct.gov